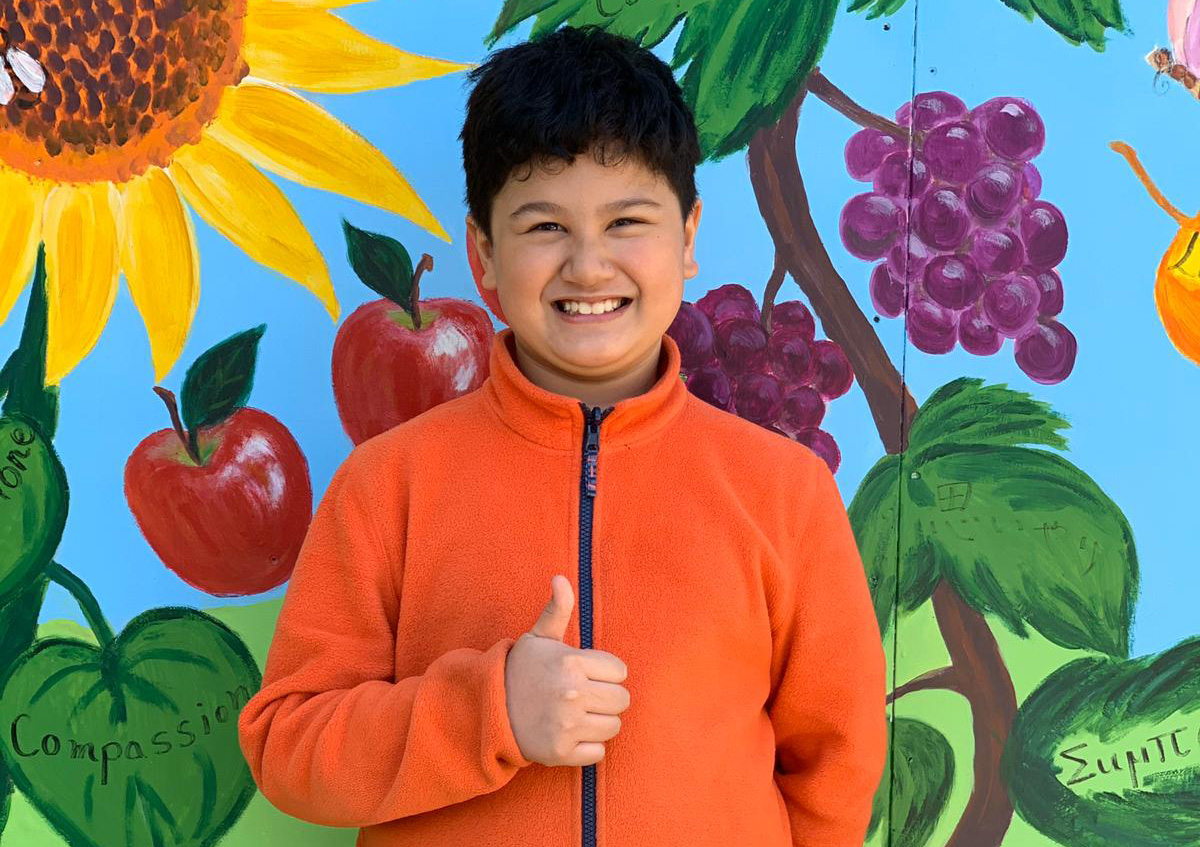 The outbreak of the Covid-19 virus has made many changes to the usual patterns we see in our everyday lives: people are staying at home more often, stores are packed with people and emptied of supplies, News is overwhelmed by the amount of information coming in and we, as humans, are in the midst of this – trying to process.

This is a time to remember that children are also in the midst of this, listening, processing and making sense of what is happening. These are times to be patient and listen; times to use our special connection with that one child to hear about their deep thoughts; times to while away and take time. These are also times that remind us how competent, wise and clever children are in their ability to gather information, put it together logically and give feedback to the adult world.

We would like to share with you a conversation between Mike (our Kidsworld School Age educator) and August (a 9 year old boy who joins the program on school breaks).

August is a child who likes to challenge adults. He questions rules and “normality” with his many languages. August (as you will see in this conversation) is a very deep thinker – which is perhaps the reason he is always challenging the adult’s usual ways of running the world. As with many deep thinkers, it is not always easy to get August to open up and share his thoughts. It takes a special kind of connection – one that has been built with patience, care, genuineness and honest openness. When such an equally balanced connection is built between a child and an adult, beautiful conversations can take place.

We invite you to read August’s thoughts and to take some time to think about what he has to say:

August: “Not much is new. Well… the virus is new!”

August: “People are going crazy! Panicking and buying everything like toilet paper, canned foods, hand sanitizer and stuff like that.”

August: “I don’t know… maybe… because they are just stashing stuff so they can survive?”

August: “Yeah… so they can stay home and won’t have to go out much.”

August: “Yeah… I think it’s just that some people are so scared so they are buying all the stuff.”

Mike: “You said people are going crazy, are you saying that you don’t think people should be buying all the things?”

August: “Well they should be buying some things but they are taking it too far. I saw at Superstore the shelves are empty!”

August sat and thought for a minute…

Mike: “I saw a picture yesterday of an elderly man maybe in his 80’s at the grocery store and all the shelves around him were empty. I wondered about people like him who maybe doesn’t drive or can’t buy large amounts or can’t carry very much.”

August: “It’s hard them when those other people are being so greedy to get those things for themselves.”

Mike: “Do you think people NEED that much stuff?”

August: “Not THAT much… because maybe some of it will go to waste if it isn’t used. That is just a waste of food…………that is unacceptable.”

Mike: “What is unacceptable?”

August: “Just that they are buying too much and maybe wasting food.”

Mike: “What do you think they should do?”

August: “This is what I meant when I said people are going crazy and panicking.”

Mike: “Do you think people should be scared?”

August: “No… because panicking just makes it worse. Because if you panic then you don’t know what you are doing, it’s just like you just go around panicking.”

Mike: “So panicking changes your thoughts?”

August: “No, it changes how your mind thinks. Because when you are panicking you can’t think and then you don’t know what you really need, but if you are calmer you can just think… ok I need this… or I need to do this. You can plan things better.”

Mike: “Hmm it sounds like you’ve put a lot of thought into this.”

Mike: “How can we show care for people in times like this?”

Mike: “I am wondering…when the world seems to be in crisis and desperately in need of something … what do you think the world needs more of right now?”

Mike: “What you just said reminds me of a quote from Mr. Rogers who said:

“When I was a boy and I would see scary things in the news, my mother would say to me, ‘look for the helpers. You will always find people who are helping.’ To this day, especially in times of ‘disaster’, I remember my mother’s words, and I am always comforted by realizing that there are still so many helpers… so many caring people in this world.”

August: “That actually makes a lot of sense.”

There was a pause for some quiet thinking…

August: “I actually have lots of wonders…”

Mike: “I would love to hear your wonders.”

“I wonder… Why was this world created?...Why is this world not perfect in a way that people like it?... Why are there bad people in this world?... Why do people have to commit crimes?... is it just because they are greedy? Are they just heartless bad people?... these are some of the wonders I have… I have many more too…”

Mike: “Wow you are a very deep thinker!”

August: “It is easy to just say that people are bad… but inside they are actually good people it’s just that they made bad choices.”

Mike: “This reminds me of something that you just said a few minutes ago… when you mentioned that the world needs to take a deep breath and think calmly instead of just reacting and acting panicky.”

August: “Sometimes one small thing that someone can say can change the world.”

Mike: “WOW… I think that the things you’ve been telling me have that power. I am going to share your words with the other Educators and parents. I think you have some powerful thoughts… and today… you just might be a part of change.

August: with a huge smile from ear to ear… “Thanks for talking with me Mike.”