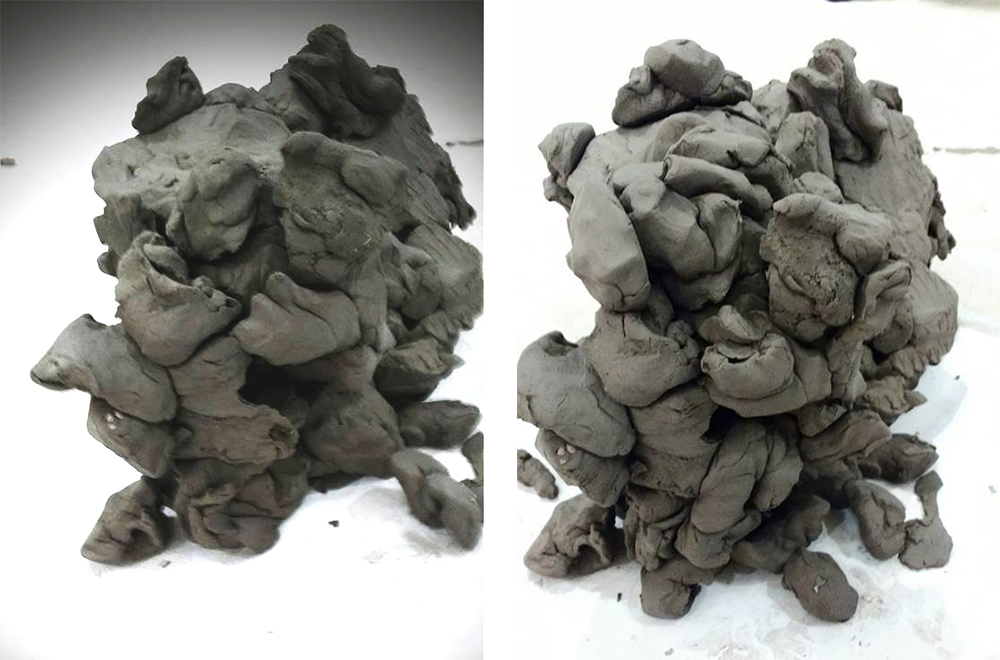 Serendipity can be thought of as a happy accident. It is what many scientists and artists come across during their explorations; it is the birth of many amazing creations in our world. Tight schedules, inflexible expectations and set curriculums can make it harder for us to notice these rare moments.

At Frog Hollow we have learned through experience that when children are given time and support to live with materials rather than produce with them, amazing things can happen. Our story this week is written by one of our School-Age educators, Shahla, who has been exploring the language of clay with the children for many months, encouraging them to simply ‘be’ with the clay, with no expectations or set plans.

It is important to also note that a few days after this beautiful experience, these same children approached Shahla and asked her if they could try the same experiment and watch if anything magical would appear again:

Over the course of a few months, we presented clay in a variety of shapes and sizes, in a number of general stages, according to our observations of the relationship that children developed with clay. We began on a high table, and gradually moved lower and lower. Today, we offered a big piece of clay on the ground. The clay was very close to the kids, and the kids were very close to it.

The kids jumped and ran on the clay. After a while clay became a great low leaning tower. Two of the children (Phoebe and Yoalli) sat facing each other and began to throw small pieces of clay to a common point. They were calm and joyful, and in silence they continued.

After a while, I joined them with some hesitation. At first, I just wrapped my hand over the clay. I felt like I should not enter their play. Then they gave me a piece of clay to throw to the common point. We were showing off our aiming skills. Then they both came and joined me on my side. Now all three of us were on one side, throwing the clay. Yoaly finished the play. Phoebe and I continued until we found a shape.

Me: what is this Phoebe?! What are you going to do?
Phoebe: I am seeing a woman and a man. The woman and the man who are hugging each other. Actually a hugging family.

Yoalli returned to the room. Phoebe said to Yoalli with much joy and excitement, “Look, we have a hugging family”.
Smiling, Yoalli looked at the family and touched them.

I was busy taking photos as Phoebe continued. She threw another small piece of clay and said, "Look, I gave them a kid. Now they have a baby in their arms.”

This beautiful experience makes me wonder, with clay present, has it entered a dialogue with a different language with the kids?

Every day, clay gives them a different way to express themselves.

I think clay by being very soft and at the same time stiff, can support them to speak more and more in their hundred languages, expressing their thoughts and emotions.

I wonder whether clay has a hundred languages ​​or more? Is clay, as part of the environment, acting as Malaguzzi’s third teacher for children? And is it that now clay plays a strong role in supporting them to express themselves? What are the potentials in the clay? What did the kids bring out of the clay? What else they can do with clay?

Two months ago, we asked the children, "can we express our emotion with clay?" Phoebe’s the answer to this question was, “no, we cannot…”

Now, we can see she did it beautifully and in a silent way without a set intention.

As educators, we should respect clay as a strong and kind partner.

How much could we learn from clay? Are the children communicating that we should keep offering this stiff material? Is the clay listening to children, families and educators? Is clay a close and active listener? Is it giving the children a sense of freedom to do what they want?

“I really like to listen very carefully to the clay!"